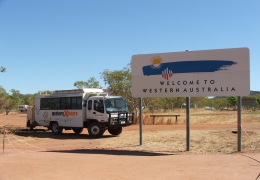 Often described as Australia’s last frontier, it seems that every thing in this state is done on a grand scale. Whether it’s swimming alongside the world’s largest fish, the Whale Shark, exploring the Kimberley region which is 3 times the size of England, or taking a tree-top walk in the Valley of the Giants amongst the gigantic Tingle trees.

Western Australia is Australia’s largest state, but with only 10% of the country’s population it’s not hard to find a quiet spot all to yourself. With a year round agreeable climate, beaches that stretch for miles, Aboriginal Art sites, unique landscapes and a huge variety of flora and fauna, there is something for everyone in Western Australia. 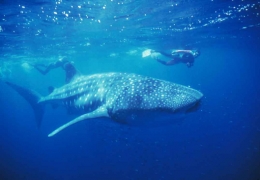 Take your time to explore all of Western Australia’s 5 distinct tourist areas, getting up close and personal with the wild bottle-nose dolphins of Monkey Mia, walking through the bizarre sand sculptured landscape known as the Pinnacles and enjoying a smorgasbord of local produce and wines at Margaret River.