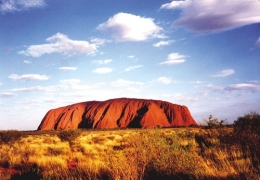 If you want to see the real Outback, head to the Northern Territory, one of nature’s untouched places with red desert sands, rocky escarpments and eccentric outback towns; as well as a rich indigenous culture providing you with the opportunity to have a genuine Aboriginal experience.

The Northern Territory can proudly boast to having Australia’s most well known natural icons, the rock monoliths of Uluru (Ayers Rock) and Kata Tjuta (the Olgas), both rising spectacularly from the desert floor. Other gems include the wetlands of Kakadu, the picturesque waterfalls of Litchfield National Park and the spectacular gorges of Katherine Gorge. 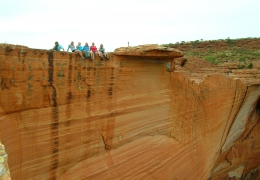 And you’ll certainly meet some characters, and we’re not just talking about Rock Wallaby’s and Goanna’s. We’re talking about the locals, who’ll love to bend your ear and spin you a yarn as you wash the dust from your throat with an ice cold beer in an outback pub.